Tom House is the legendary magic behind some of the most sensational sporting performances of the last few decades. 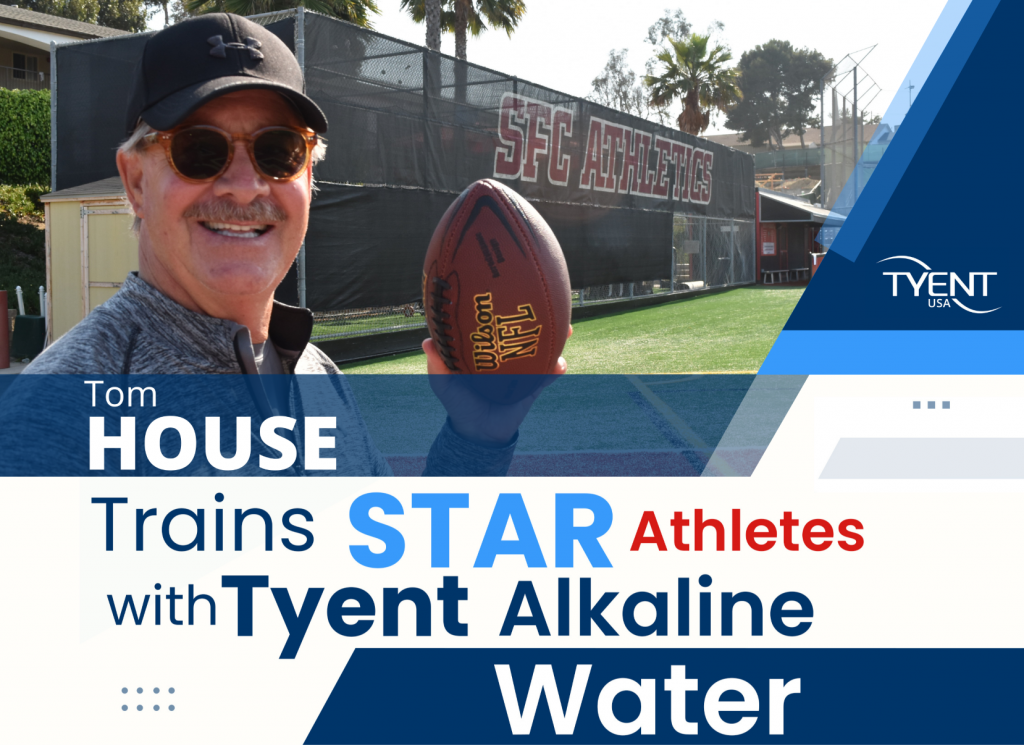 Who is Tom House?

What Makes Tom House and Tyent Such an Awesome Team?

What Can Tyent Water Do for You?

Who is Tom House?

A former major league pitcher himself, House is dubbed both ‘The Quarterback Whisperer,’ and “The Throwing Doctor” as a result of his work with some of the sporting world’s most decorated athletes including Hall of Fame pitchers Greg Maddux and Nolan Ryan; and Tom Brady and Drew Brees.

Tom has long taken a scientific and holistic approach to how he trains his athletes, improving their throwing and hitting mechanics by utilizing video analysis and biomechanics data. He isn’t standing still either. 2021 sees the rollout of youth-oriented sports app Mustard, which enables sports-mad kids to access the kind of motion analysis technology that has helped propel athletes to national acclaim.

House is one of the co-founders of the brilliant Mustard app and he’s looking forward to sharing the data and expertise he’s honed over the years with a new generation of future stars.

The relationship between Tom House and Tyent Water goes back a few years, ever since Tom discovered that Tyent Water, fresh from a water ionizer, was the best way to energize A-list sports stars and help them deliver their best performances.

The foremost throwing coach in the country, Tom House is all about getting the best out of his athletes. It should therefore come as no surprise that when Tom House trains his clients, he recommends that they drink Tyent alkaline water every day.

One of the techniques that Tom employs is an alkaline water regimen for increased hydration, more energy and decreased recovery time.

“We have been singing the praises of alkaline water for 8-9 years now… we’ve known for a number of years that an alkaline body recovers and heals faster than an acidic body.”

What Makes Tom House and Tyent Such an Awesome Team?

Just like Tom, Tyent Water Ionizers harness the winning power of dedication, technology and expertise to deliver award-winning performance. The pursuit of excellence through hard work is something our designers and engineers can relate to.

What Can Tyent Water Do for You?

Alkaline hydrogen water alone can’t make you a Super Bowl champion, but it can make you feel stronger, healthier and more productive, while delivering a slew of incredible benefits.

We’re going to leave the last word to Tom himself: “If you’re gonna hydrate, hydrate with the best. Tyent Water is where it’s at.”